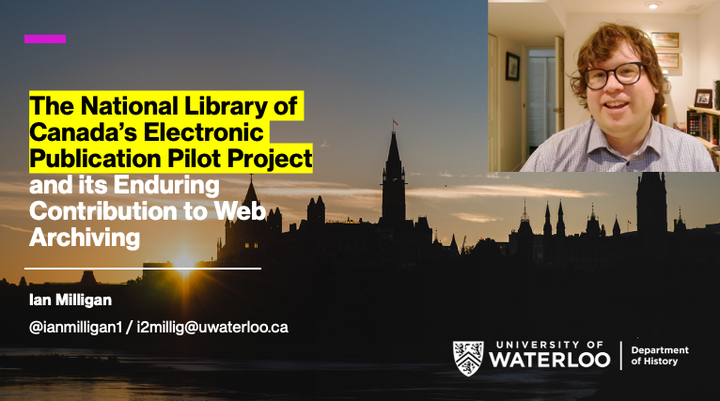 On 6 August 1991, Tim Berners-Lee posted a description of the World Wide Web onto the Internet newsgroup alt.hypertext, as well as instructions for running a web browser. Those with an Internet connection could now create websites and link to others. This ultimately started the process of creating the Web that has so profoundly shaped our world today. While initial adoption was slow, within two years the Web was growing. By 1995, pundits and others began worrying about the fate of the information that people were putting on the Web. Was a “digital dark age” upon us, where electronic information would simply be lost? National libraries, as well as the non-profit Internet Archive in San Francisco, moved quickly to preserve this information. Three institutions began web archiving more or less at the same time in late 1996: the National Library of Australia, the National Library of Sweden, and the Internet Archive.

Early practitioners in Sweden and Australia, however, initially looked overseas – to Canada – studying the experience of the National Library of Canada (NLC) which had explored these issues some two years earlier. The NLC had two main advantages that led to it serving as a model. First, its 1952 founding act was remarkably expansive; books, at its inception, had been defined as inclusive of “library matter of every kind, nature, and description” (allowing it to expand first to radio, then to microforms, and by 1993, to digital media, without legislative amendment). Second, the NLC was versed in working in a complex domestic and international environment. Partly due to the amount of information flowing across the Canada/US border from the 1970s onwards, NLC librarians had been both engaged in national preservation as well as international collaboration; because websites often spanned borders, this put the NLC in a unique position in terms of international stewardship of information.

By 1994, NLC librarians saw a new world of publishing: the web, online scholarly journals, novel electronic books, and other publishing experiments. Between June 1994 and summer 1995, to explore what this new world of born-digital acquisitions would look like, the library launched the Electronics Publication Pilot Project. The EPPP would identify many of the critical issues that would anchor the international conversation for web archiving around the world: the question of selectivity versus breadth; the mechanics of how to crawl material; how to navigate copyright; legal deposit considerations; and how future social historians could make use of this material. National libraries around the world looked to the EPPP as they set up their own electronic collecting approaches, meaning that this early Canadian experiment set the stage for the world of electronic records and archives that we have today.

Canada would stay ahead of the curve for a few years. The 2004 Library and Archives Canada Act is a remarkably forward-thinking piece of legislation that set the newly combined library and archives in good standing for the 21 st century. However, a combination of government cutbacks, broader challenges in the public service, and the decision to pool computational resources for the broader Government of Canada, meant that Canada would lose this initial leadership position over the decades that followed.